10 Things In Our Home That Attract Misery And Poverty

Misery And Poverty – We often store unnecessary things that are a pity to throw away in our homes, and they turn out to be not so harmless.

It is no secret that many Russians keep old shoes, even those that no one will ever wear.

But, as experienced people point out, negative energy can accumulate in these things for years, which will pull back people living in this apartment, preventing them from developing and gathering resources.

As with old shoes, we often store out-of-order equipment at home. Some Russians have dozens of mobile phones on their shelves that have not worked for a long time, even push-buttons. But the hand does not rise to throw it away.

Meanwhile, each such phone store is a piece of your life with all the troubles, problems, anger, and negativity of that time, which hover around you and your loved ones.

Why throw away a chipped cup or a cracked plate when they can last for a while?

Many people think so, forgetting that any crack can easily split your family life. 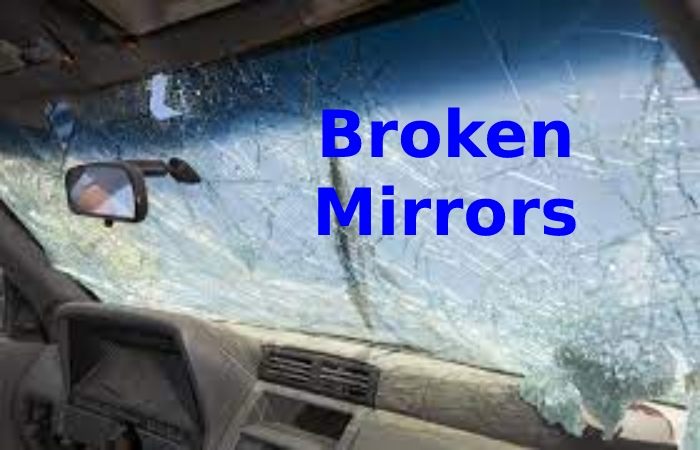 The same goes for broken and even cracked mirrors. If you look in them, you can split your destiny, lose love, part with a loved one, and scare away wealth and prosperity from your home.

So, knowledgeable people advise such mirrors, like all of the above things, to be carried as soon as possible and thrown into the nearest trash can.

Dirty dishes in the washbasin left overnight, garbage in a bucket or bag stored for several days, dust everywhere, excellent conductors of negative energy that quickly destroy the usual course of life.

And this gradually leads to chaos in the relations of households, to unreasonable conflicts and misunderstanding of people who recently understood each other at a glance.

Keeping empty cans in an apartment has been an ineradicable tradition of Russians since Soviet times. And okay, if someone in the fall actively rolls up everything that was grown in their summer cottage into jars. So, after all, many have not been doing this for a long time, and the pantries are still full of empty containers.

Only now, experts remind that the negative energy that penetrates the house is always looking for voids in which you can arrange a “rookery” for yourself. And empty cans will do one hundred percent for this.

Many people keep old photographs that are dear to them for various reasons. But after the lapse of time, these pictures do not look perfect. Scuffs, cracks, torn-off corners, almost invisible faces.

According to esotericists, if the people with the photo are still alive, then a copy of the person appears in each printed frame. Therefore, the defects present in the picture “disfigure” its energy.

Like photographs, things are also a memory of a person who is no longer alive. But these things keep the energy of the deceased, and not always positive.

An invisible funnel forms around the object, which will also draw the energy of the dead living next to the thing. Thus, a person’s energy protection is noticeably weakened, which attracts illnesses and failures to him.

Plants with needles such as cacti and roses, which Russians adore in their homes, are not suitable for a home.

According to experts, needles, thorns, and other thorns are a kind of barrier for positive energy to enter the house. And negative energy, on the contrary, quickly passes through any thorns.

Of course, all these vines and other climbing plants look spectacular, adding a specific color to the home. Only they are an even more significant obstacle to positive energy.

Only such a hedge does not let the positive into the house, and the negative accumulated inside, on the contrary, does not let it out of the house.

How to get rid of Bedbugs? -  General Methods, Professional Approaches, and More

Beauty Bloom, 6 months ago
Others

What is Depression? – Types, Causes, and Symptoms